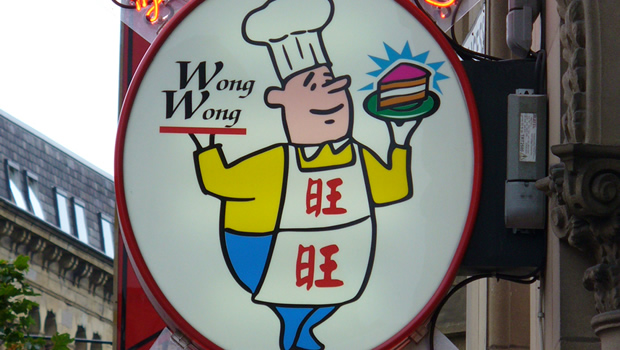 What do you do after a brilliant lunch at Japanese restaurant Yuzu when you crave sugar but they no longer serve dessert? Pop into the small Chinese bakery around the corner for lots of cake of course! I’d walked past Wong Wong Bakery on Princess Street in Chinatown many times since it opened in 2003 but had never made it inside before. That’s ... END_OF_DOCUMENT_TOKEN_TO_BE_REPLACED

Caffeine and Co is a tiny, independent coffee shop in Manchester City centre run by husband and wife team Phil and Claire Howells. Over the past 18 months they’ve steadily been building a loyal fan base and were nominated for ‘Best Coffee Or Tea Shop’ at the recent Manchester Food & Drink Festival awards. July saw the opening of their ... END_OF_DOCUMENT_TOKEN_TO_BE_REPLACED

Bubó is a pâtisserie/cake shop with a fabulous reputation, particularly famous for it’s macaroons and chocolate cake which apparently once won ‘The World´s Best Chocolate Cake’. I visited the original store in the Born area of Barcelona which opened in 2005, there are now several other branches in Barcelona and oddly one in Kuwait which opened last year. From the ... END_OF_DOCUMENT_TOKEN_TO_BE_REPLACED