Last month I was contacted by the lovely people at Teapigs who invited me to try their super strength Japanese tea, Matcha. Being well aware of it’s health benefits I jumped at the opportunity, you can read more about the challenge and matcha in general here.

The challenge was supposed to run for 14 days but due to a backlog of posts i’m writing this 30 days since the start. I continued taking the tea after the challenge ended, the benefits I was receiving have continued but not really changed since the 14 day mark. 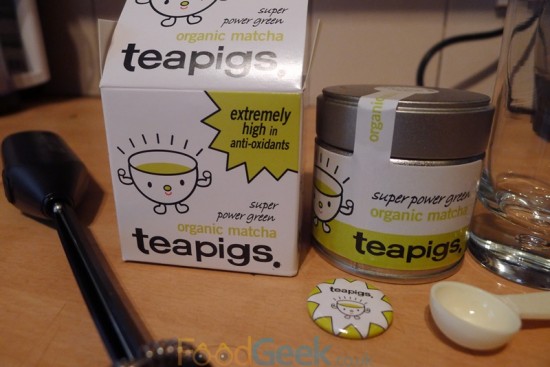 I had people suggesting me interesting ways of consuming the tea as it appears the flavour is a bit intense for some people so they try to hide it. Personally I actually quite enjoyed it and most often had it as a shot simply mixed with a little hot water. I occasionally had it with milk which was also nice. 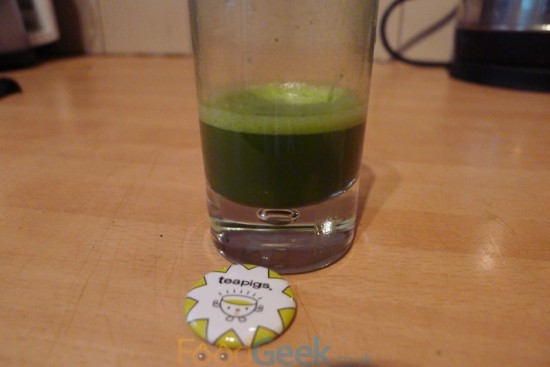 Matcha is a highly concentrated form of green tea, containing 137 times the antioxidants of regular green tea. Some of the advertised benefits of regular usage include; improve learning performance, increased concentration, boosting the immune system and weight loss.

I can’t claim that it’s helped me lose any weight, although if you read back at some of my posts since the challenge started you see that it would take more than a super power green tea to do that! I  absolutely found that it gave me more energy, I would generally take it on the morning and felt more alert and awake throughout the day. Occasionally i’d forget until later in the afternoon and I genuinely believe I was less productive because of it.

My 30 day supply has now run out and i’m definitely going to be ordering more, I just hope I don’t suffer from any withdrawal symptoms before it arrives!

Previous: Bolton Market Official Reopening, Meet The Brewer At Great Ale Year Round & BEER CAKE!
Next: Around the World in 8ish Steaks with The Drunken Butcher