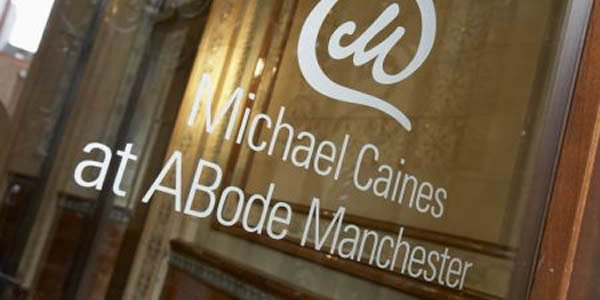 After two previously successful visits to Michael Caines @ The ABode Manchester I was very much looking forward to sampling the new Grazing menu.

It didn’t live up to those previous visits though and whilst I appreciate it was much cheaper than the regular menu it still has Michael Caines name behind it so I would still expect the food to be of a similar quality. Unfortunately it wasn’t even close, here’s why…

Well actually, it did start off well with a twice baked Mrs Kirkhams Lancashire cheese souffle which was very tasty and so light. It was accompanied with a sort of a deconstructed Waldorf Salad which worked well. 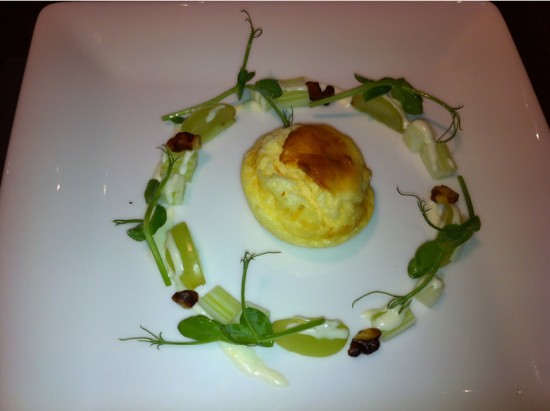 The fish course was also quite good. Slow poached hake with creamed leeks, spinach, wild mushrooms and chive butter sauce. The fish was cooked perfectly, soft and flakey. The vegetables were great accompaniments and the chive butter sauce brought the whole dish together. 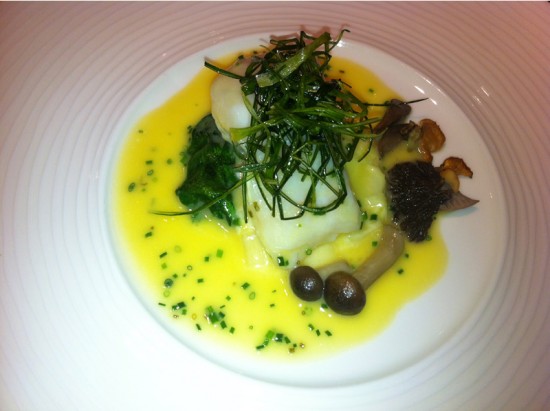 However my next course was a huge disappointment, it looked beautiful but not only did the Roast Chicken breast taste of very little it was also undercooked. I’m all for serving meat rare when suitable, beef, lamb etc.. but chicken shouldn’t be on that list. Of course I don’t want overcooked chicken either but restaurants at this level should be serving it ‘just cooked’. This was pink and had visible blood in it. If you click the photo below to increase the size you can just make it out in the piece on the right. Simply not good enough. 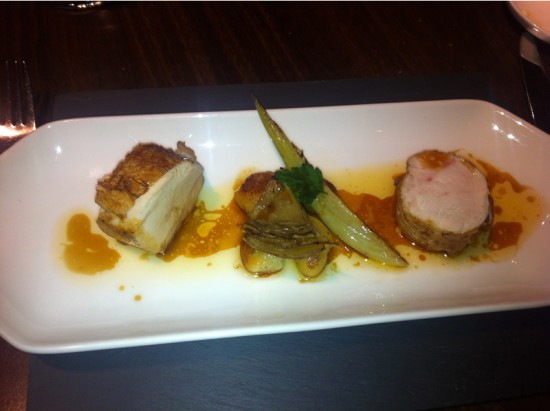 My partner had ordered a Roasted root vegetable tart. The pastry was buttery and crunchy and the vegetables were mostly nicely cooked. I say mostly as the Celeriac was rock hard. I’m not a big lover of vegetarian dishes, particularly for main courses and even more so when one of the vegetables isn’t cooked properly but i’d certainly take it over raw chicken. 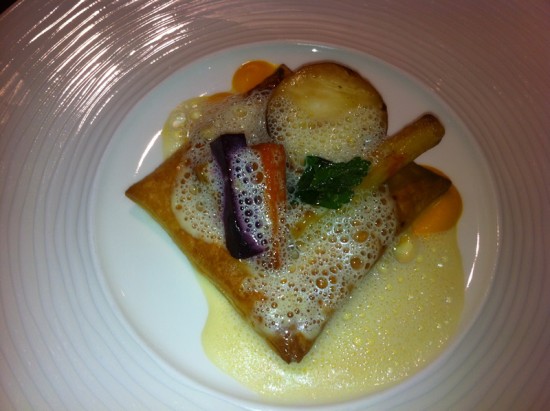 Being greedy we went for 2 desserts instead of 2 starters or main courses. The first was another disappointment. Well, at least for one of us. We both ordered Pineapple Tart Tatin but they arrived looking completely different. Mine (shown in pic) was pretty good, quite dark and well caramelised although probably not as much as it could. However my partners was pale and anemic with hardly any caramelisation. It was also soft and soggy underneath, just clearly not cooked for long enough. I have to say that I did really enjoy mine though. It was sweet, sticky and chewy and the ice cream cut through it perfectly. 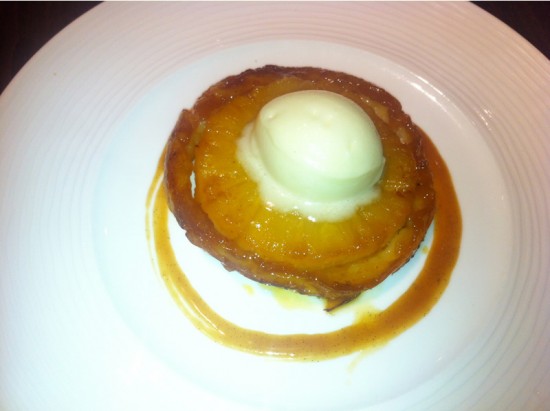 The final dessert was a vast improvement, we ended on a high with one of the best dishes of the day. Rhubarb Souffle! And what a souffle it was, perfectly cooked and well risen. A nice crust on the outside but soft and moist inside, it tasted great and was an absolute delight. If I was being very critical I would prefer the rhubarb flavour a little sharper but it’s just a personal taste. I very much enjoyed it anyway. 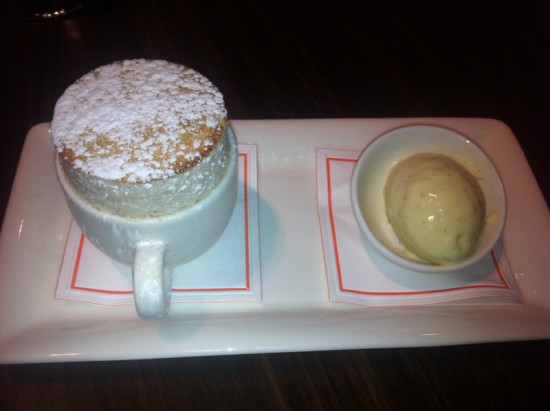 So it really was a mixed day, some highs and some lows. The service was very good as ever, the menu is certainly excellent value, at least it would be if the food was as good as it should be but it simply wasn’t good enough on this occasion. I don’t know if it’s general standards slipping or whether it’s because it’s a cheaper menu or if it was simply a one off bad day. Either way I think my previous good experiences are just about enough to give it another chance so I will probably find out next time.

Follow @FoodGeekUK
After two previously successful visits to Michael Caines @ The ABode Manchester I was very much looking forward to sampling the new Grazing menu. It didn’t live up to those previous visits though and whilst I appreciate it was much cheaper than the regular menu it still has Michael Caines name behind it so I ...