After a long hot day at the nearby ZooMarine what I really needed was Peri-Peri chicken and beer. Thankfully Teodosio is just around the corner and provided both. It’s a shame that they don’t have an outdoor seating area though as this was the only meal in our entire trip that was eaten under a roof and that includes breakfasts. Inside is huge, definitely one of the biggest restaurants i’ve ever been inside. Shortly after sitting down the waiter brought us over the ‘couvert’. This time it was a little different anad included breadsticks, though they were bland, dry and just not very good. The bread was also a little dry and average at best. There isn’t a menu at Teodosio and no starters (as far as I know). The waiter offered us chicken, either plain or peri-peri. We ordered peri-peri of course, it was the reason we were there after all! Well that and the beer and the pints of Sagres on draft went down very well! 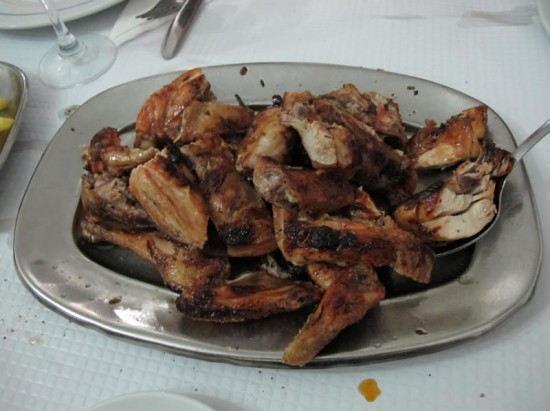 The chicken arrived very quickly too, in fact it was so quick I was slightly worried that it wouldn’t be fresh. I needn’t have been! It was amazing, nice and spicy, juicy and moist. It was served with chips that were OK but nothing special, that didn’t surprise me as I’m beginning to think that it’s not possible to get good chips on the Algarve. What was worse was the Algarve salad (tomatoes, onions & peppers with oregano and olive oil dressing) which I have grown to love. It looked great, the tomatoes were really fresh but unfortunately it was seriously over seasoned. I’m very big on seasoning, i’ve been brought up watching chefs telling us to taste and season everything but this salad was far too salty even for me. Although there is no main menu there is a dessert menu and they make up for the lack of main courses with a very long list of desserts. They all sounded excellent and choosing was very difficult. In the end we decided on a Passion Tart & Biscuit Pie. Desserts were brought out within minutes as well. The Passion Fruit tart was very good, cheesecake like texture with exactly the right balance of sweetness and passion fruit sharpness. 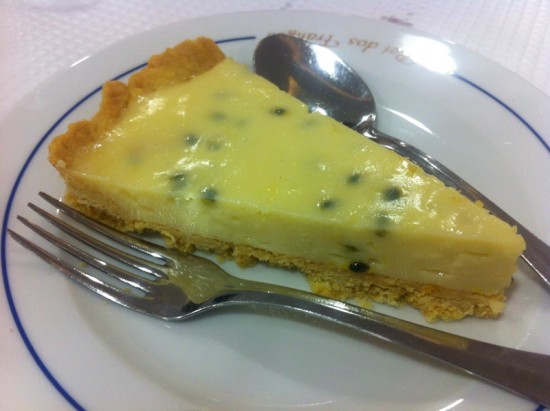 The Biscuit Pie was even better, layer upon layer of crunchy biscuit and cream. I’ve never eaten anything quite like it before but I hope I do again. 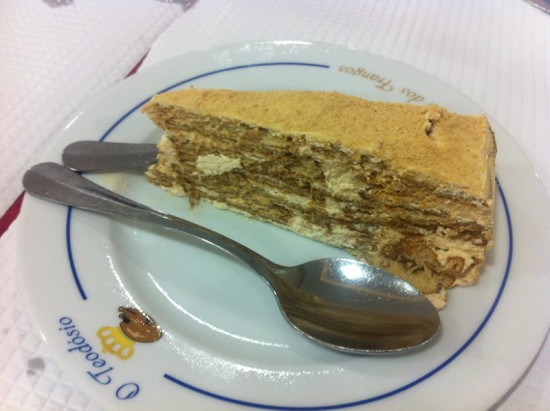 We also ordered a chocolate mousse which was a little odd to me, it tasted strangely savoury like it was made with olive oil or something similar. It wasn’t very chocolatey either and whilst it wasn’t awful it wasn’t particularly enjoyable either, especially compared to the other 2 desserts. Overall the food at Teodosio was good. I can forgive the poor couvert and the odd chocolate mousse but I just wish the Algarve salad hadn’t been too salty. Service was incredibly fast, it’s by far the quickest meal i’ve ever had in a table service restaurant. They are just so efficient, it’s almost like a fast food place with restaurant standard food.

Follow @FoodGeekUK
After a long hot day at the nearby ZooMarine what I really needed was Peri-Peri chicken and beer. Thankfully Teodosio is just around the corner and provided both. It’s a shame that they don’t have an outdoor seating area though as this was the only meal in our entire trip that was eaten under a ...