All Star Lanes, Manchester – A Great Bowling Alley With Even Better Food

As I confessed after visiting Dog Bowl in May, I’m not the biggest fan of bowling, though admittedly this is mainly because i’m not very good at it. I only went to Dog Bowl because I was invited but I actually chose to eat at Manchester’s other ’boutique’ bowling alley ‘All Star Lanes’. Located in The Great Northern on Deansgate it’s All Star Lanes fifth venue, the other four are all in London. 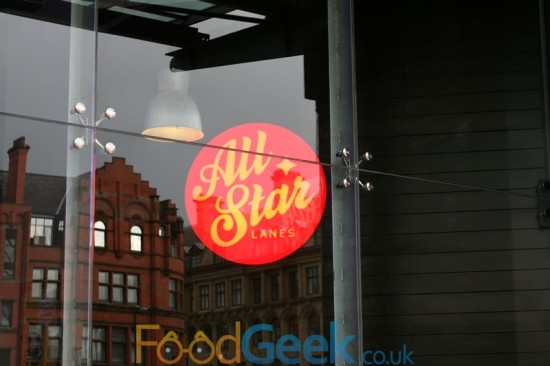 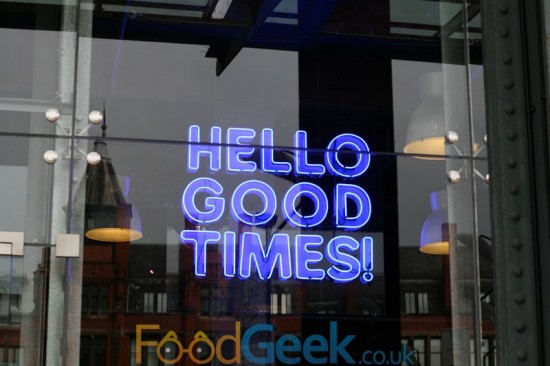 Like Dog Bowl, the decor is much cooler and more grown up than the garish mainstream bowling chains I grew up with.

Although I was really only there to eat as I’d heard chef Ashley Clarke was doing great things in the kitchen, I thought it would be a little odd visiting a bowling alley and not doing any bowling so we had a game first. It was my first time since May which was my first time in years, needless to say I’m still rubbish but at least I won again and actually managed a strike this time. 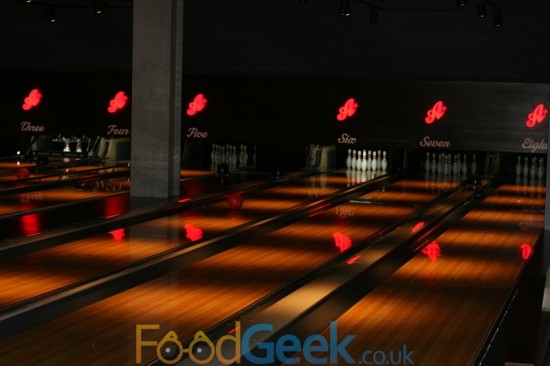 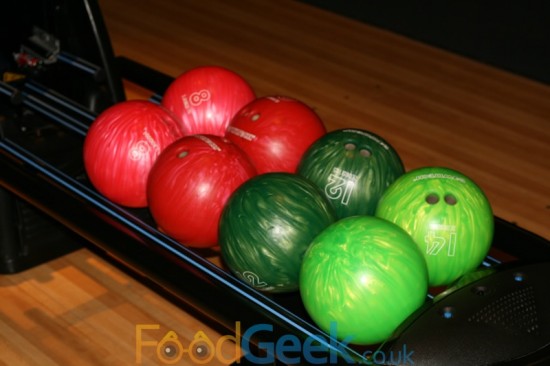 I celebrated my victory with a couple of cocktails; an ‘Aloha Jar’ a gorgeous mix of passion fruit vodka , pineapple & lime juices and orgeat syrup. The ‘Raspberry Bramble’ (Bombay Sapphire gin, raspberry purée, lemon juice) was good too with a lovely sharpness from the raspberries and lemon.

Later we also tried ‘Moscow Mule’ (vodka, house made ginger syrup, lime juice and ginger beer) which was great and had a real kick from the ginger and a ‘Lagarita’ (Half Margarita and half beer) which was unfortunately ridiculously sweet. 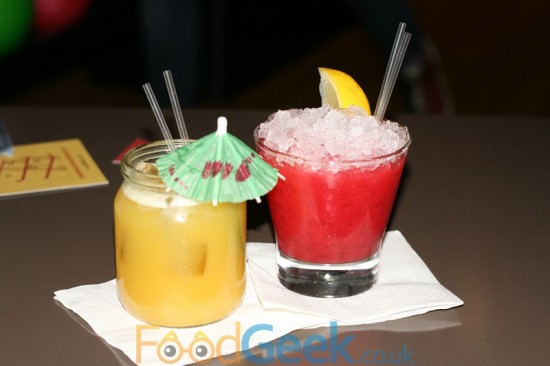 The beer selection was impressive with a couple of interesting draft options and a wide range of bottled craft beers. I enjoyed a ‘Doggie Style’, a classic pale ale rated by NY Times as ‘best US brewed pale ale’ and a ‘Pacifico’ from the same brewery as Corona.

Non-drinkers are well catered for too from non-alcoholic cocktails to incredible milkshakes. The ‘Oreo Shake’ was a thick, creamy, cookie filled delight and Mrs FG was very tempted by the ‘Elvis Shake’, made from peanut butter and strawberry jelly topped with crispy bacon!

Of course it was all about the food though. The menu is interesting and varied with American/Southern U.S.A influences and a grill section featuring dishes cooked over charcoal on their Josper oven. Though the main courses all sounded great, we found it was the starters and sides that interested us most. We ended up ordering most of them so to compensate went for two salads for main courses, shocking I know!

We started with ‘Babaganoush & Flatbread’ and as choosing between them proved impossible both ‘Chicken & Vegetable Quesadillas’. 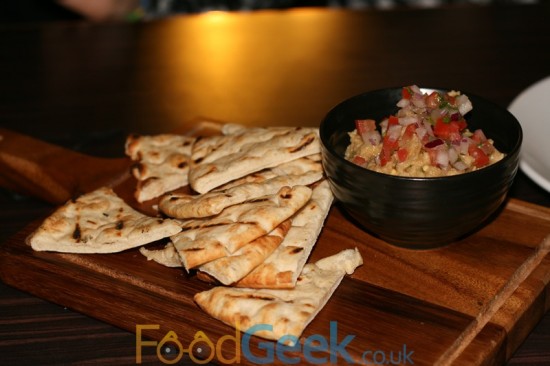 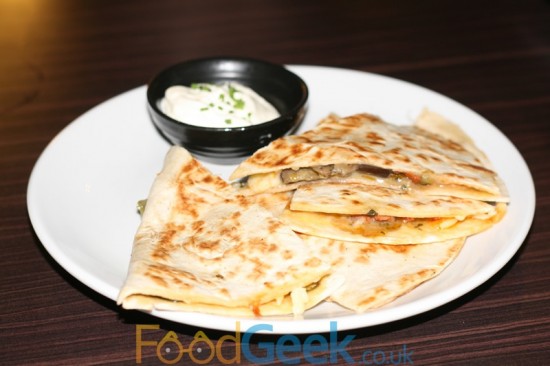 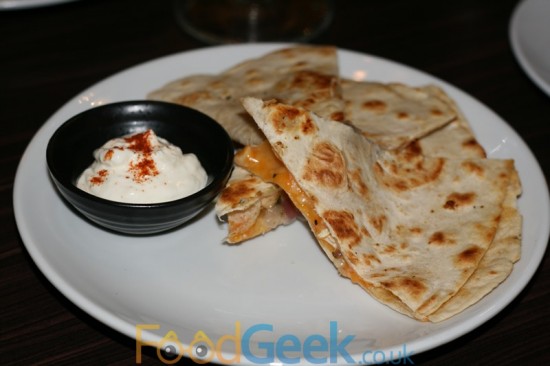 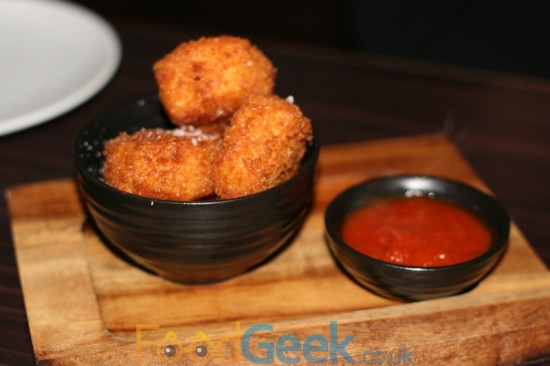 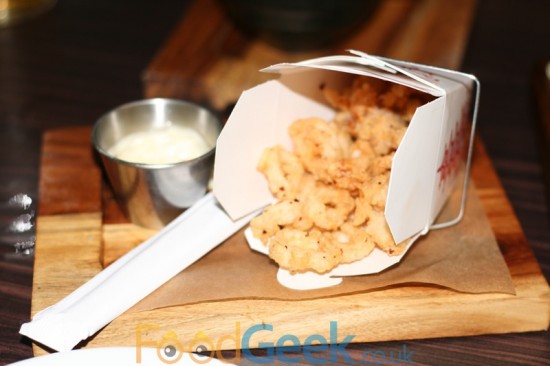 I rarely order salads in a restaurant but I would more often if they were as good as these. ‘Beetroot & Goats Cheese’ is a classic combination, executed well. Good sized pieces of sweet roasted beetroot with soft, tangy goats cheese and a sticky balsamic dressing. 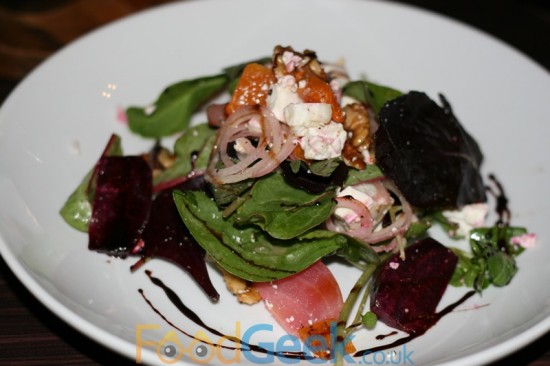 The second was a ‘Quinoa & Avocado Salad’ but I couldn’t resist also adding bacon. I’m glad I did as it was slightly bland otherwise, I love quinoa and avocado is one of my favourite ingredients but neither are huge on flavour. The salad had a lot of lime but would have benefited from some chilli heat and more seasoning which the bacon certainly did and together it was very enjoyable. 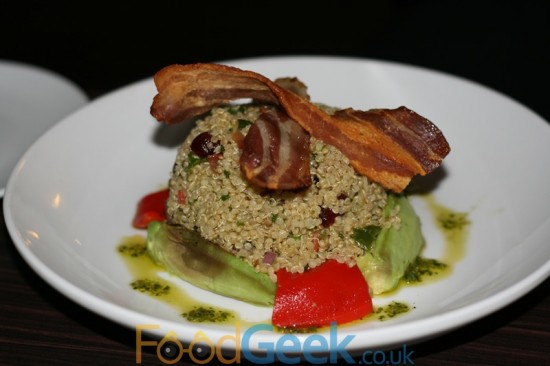 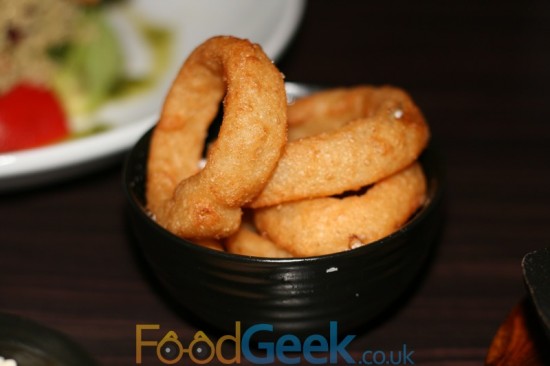 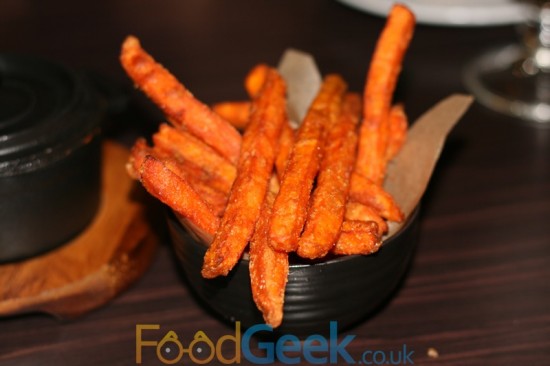 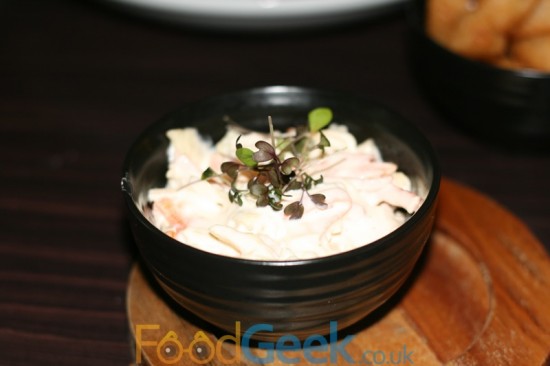 I think the best thing I ate were the ‘Pulled Pork Butter Beans’, a pot of deliciously comforting beans in a rich sauce with a generous helping of succulent slow cooked pork. 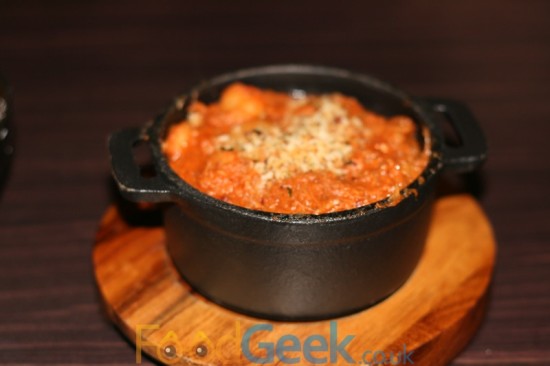 We were rather full by this point but all of the desserts sounded amazing. We ended up ordering 3 although we really shouldn’t have as the portions are definitely on the large size. 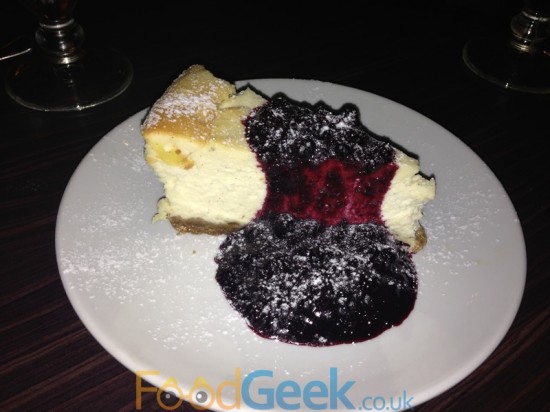 The ‘Brownie’ was absolutely brilliant, crispy on the outside, soft and gooey inside, smothered in chocolate sauce and served with a dollop of lovely clotted cream ice cream.

I’d chatted to chef Ashley before our visit about whether apple pie should be served with cream or custard. Originally his ‘Deep Filled Apple Pie’ came with a choice of cream or ice cream but thankfully he added a custard option “for the English folk”. Unashamedly ‘Birds’ powdered custard too, proper yellow custard no fancy pants Crème Anglaise. Custard connoisseur Mrs FG knew nothing of that conversation but spotted it was Birds custard within the first mouthful. I was genuinely impressed. The apple pie was impressive too, a proper American style deep filled pie with a lovely crust that worked perfectly with the yellow custard. 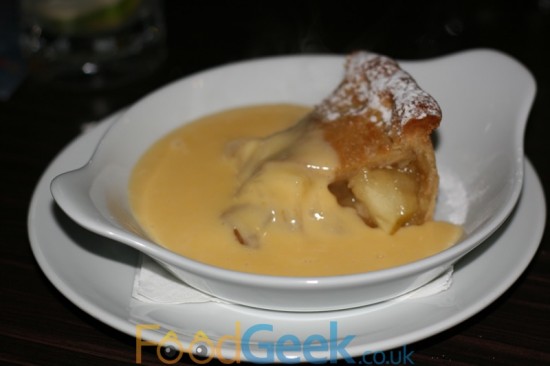 Despite being rubbish at bowling I had a brilliant time at All Star Lanes. There’s a great atmosphere to the place, the drinks are genuinely impressive but for me it’s all about the food. It’s infinitely better than the junk crap from the likes of Hollywood Bowl, it’s much better than Dog Bowl too. I said after I left there that i’d be happy to eat there again if I happened to be there bowling. But i’d be more than happy to return to All Star Lanes purely to eat and forget the bowling, the food is easily good enough to be considered a restaurant in it’s own right, rather than a bowling alley that does food.

Follow @FoodGeekUK
As I confessed after visiting Dog Bowl in May, I’m not the biggest fan of bowling, though admittedly this is mainly because i’m not very good at it. I only went to Dog Bowl because I was invited but I actually chose to eat at Manchester’s other ’boutique’ bowling alley ‘All Star Lanes’. Located in The ...