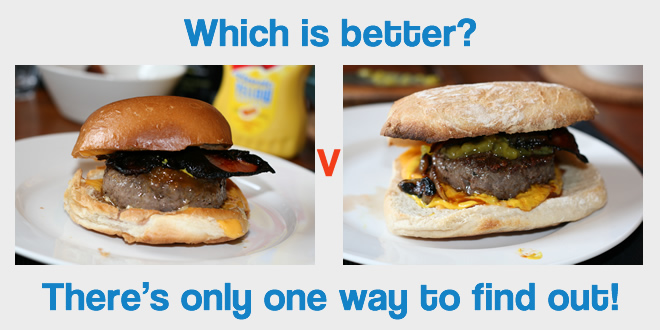 Burgers, Ribs & Wings @ The Drunken Butcher’s (And An Important Bread Based Contest)

I’ve loved Twitter for the past 6 years but never more so than when a random conversation led to an epic Sunday afternoon feast. I wasn’t even part of the original conversation either, it was started by Mal of Fire and Salt BBQ. He was in America at the time and casually mentioned that he’d seen burger places using potato rolls rather than brioche buns. This attracted the attention of Manchester bakers Robinsons and my favourite supper club host Iain aka the Drunken Butcher who wondered which is better and in true Harry Hill style suggested there was only one way to find out.

The lovely people at Robinsons agreed to make a batch of both and bring them along once Mal was back from the States. Iain invited me and a few other friends along to help them decide.

I arrived early as he was busy prepping burger patties and bacon wrapped onion rings! 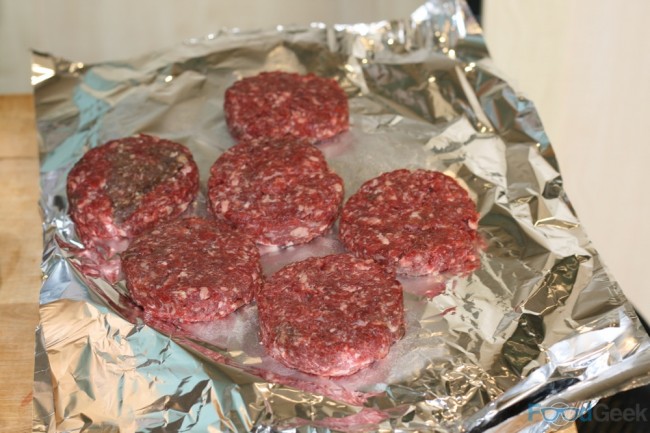 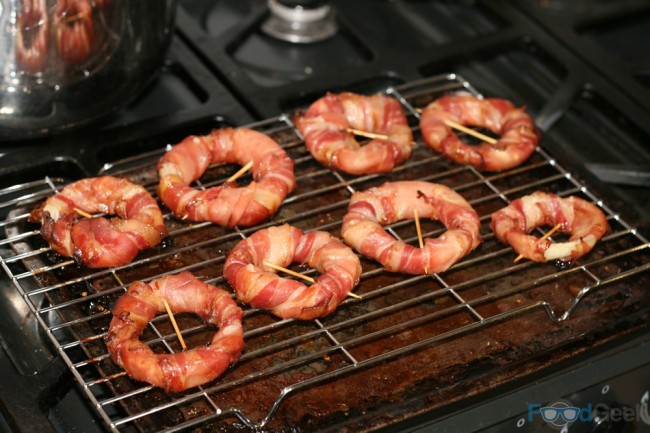 Leaving him to it I enjoyed a ‘Self Dirtying Martini’ in the garden; the recipe from April Bloomfield calls for olives to be frozen in their brine in ice cube trays. Adding a cube to a regular or ‘Clean’ Martini creates a drink that gets ‘Dirtier’ the longer you leave it, genius. 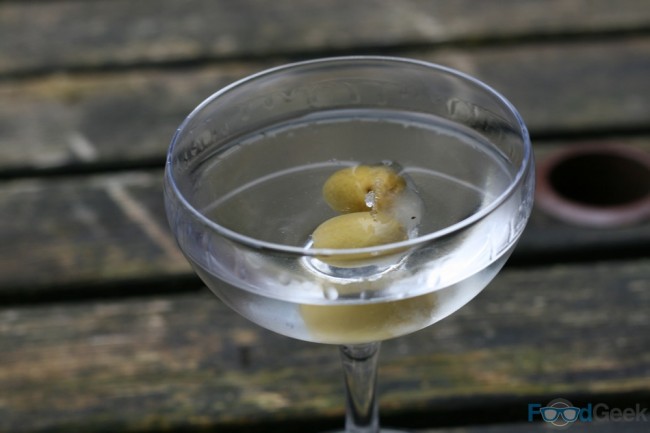 Starters included chicken wings, rare steak topped with chilli & ginger and a rich pork rillettes where the pork had been marinated in Thai spices. 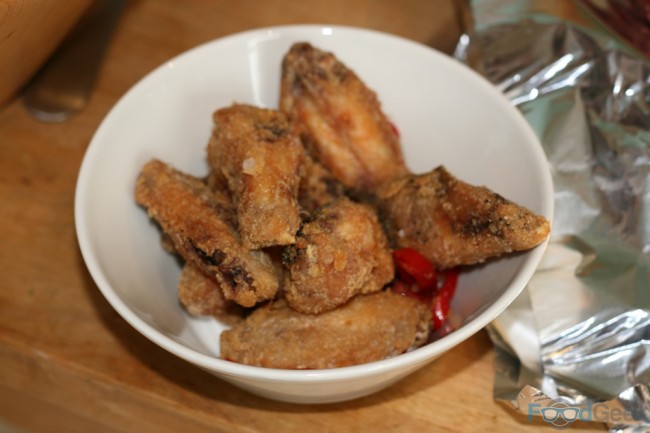 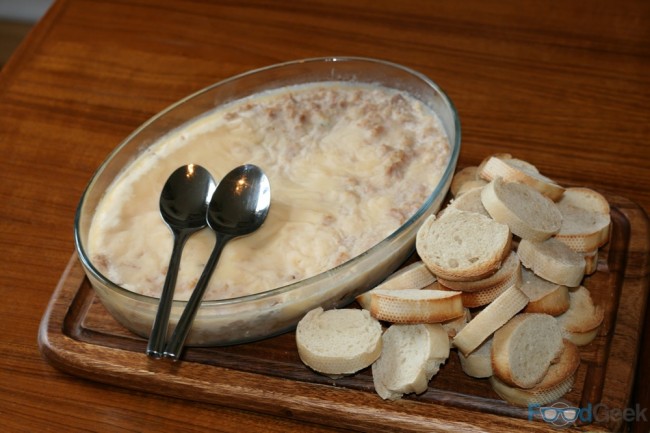 There were even vegetarian options; a healthy noodle salad and not so healthy but delicious macaroni cheese & impressive onion rings. 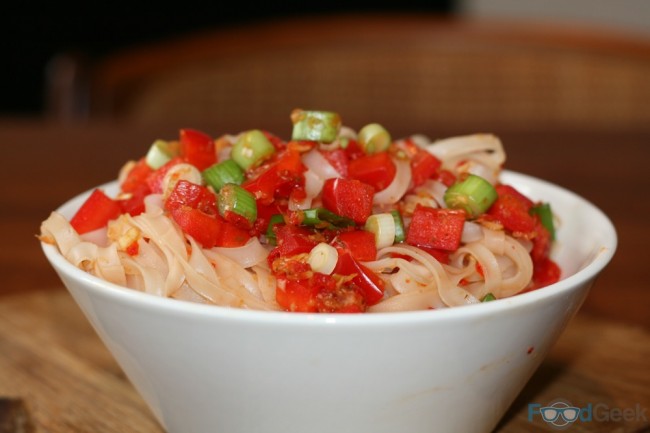 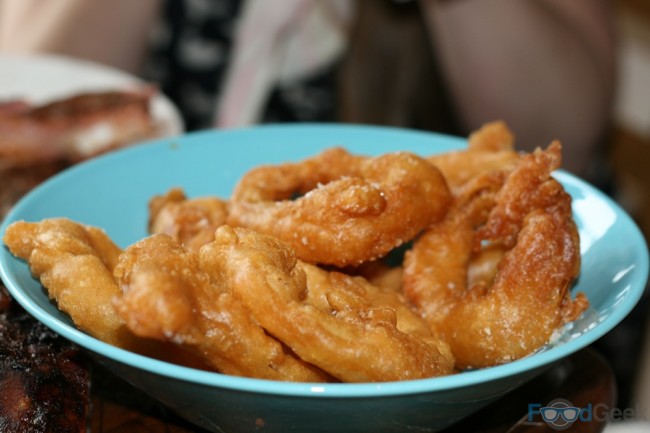 After a slight veggie distraction it was back to the meat with Iain’s sticky ribs and Mal’s Fire & Salt ribs with Memphis rub. 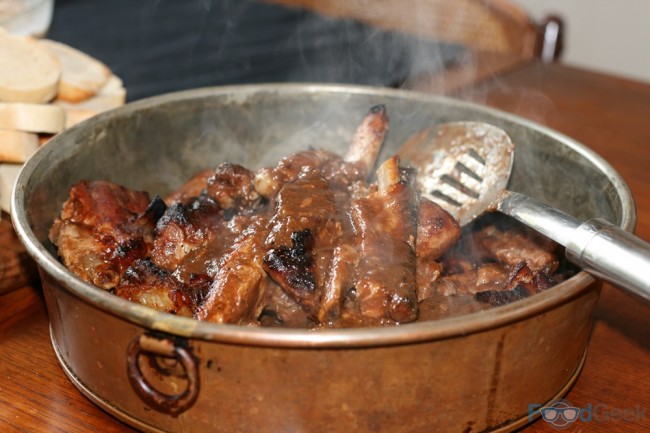 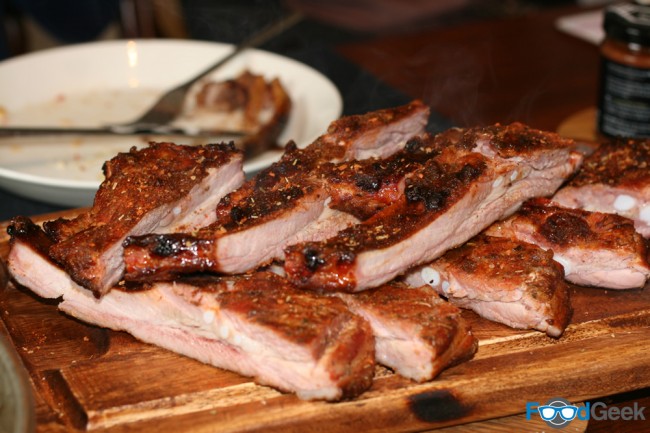 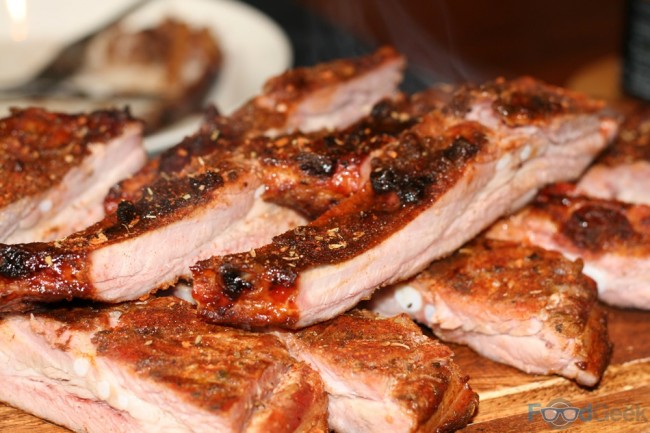 As much as we’d all enjoyed everything so far, the star of the show was definitely the bacon wrapped onion rings! I can confirm that they somehow taste even better than they look! 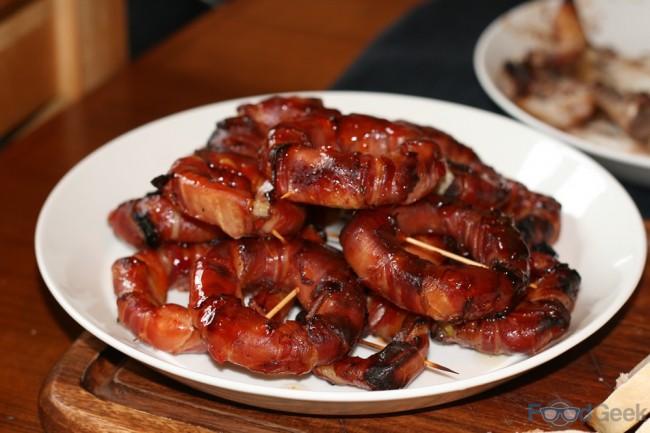 We were all starting to get pretty full by this point and we hadn’t even got to the main event, burger testing! 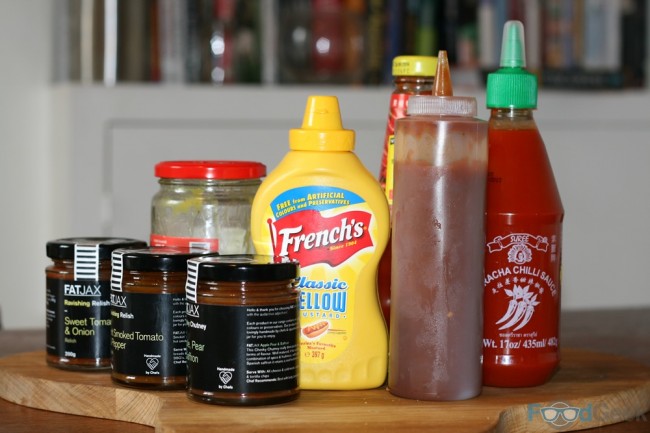 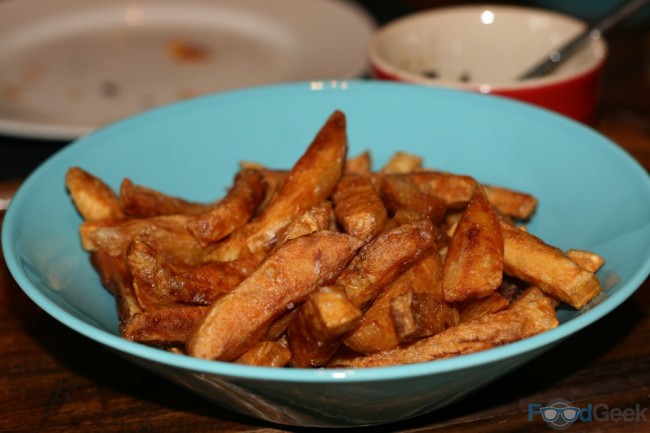 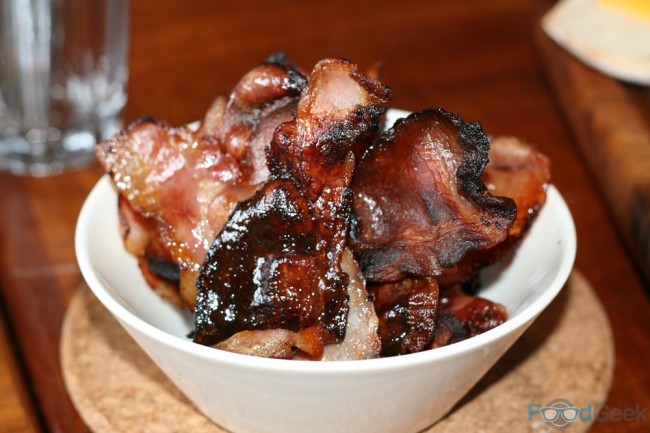 The burger patties were fantastic; Iain had ground and pressed them himself from top quality Dexter beef using a mix of brisket & skirt,  two of my favourite cuts.

We started with the potato bun which was an absolute revelation. They’re apparently made with mashed potato as well as potato flour, I expected them to be really heavy when I heard that but they weren’t at all. They did have a denser texture than brioche buns, similar to ciabatta or focaccia and a lovely savoury flavour. The best thing about them was the way they held their shape much better than most burger buns, even after absorbing the lovely meat juices. 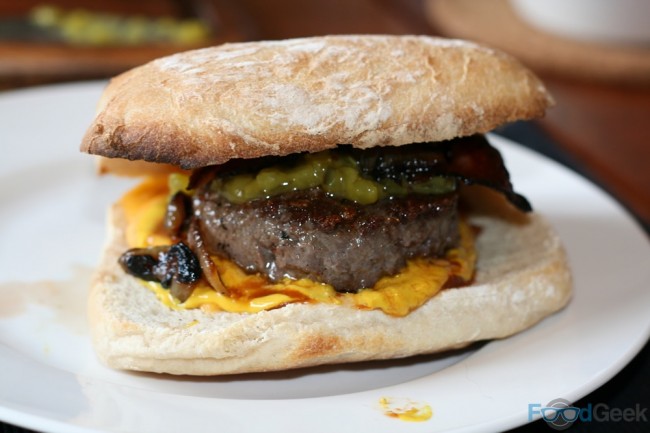 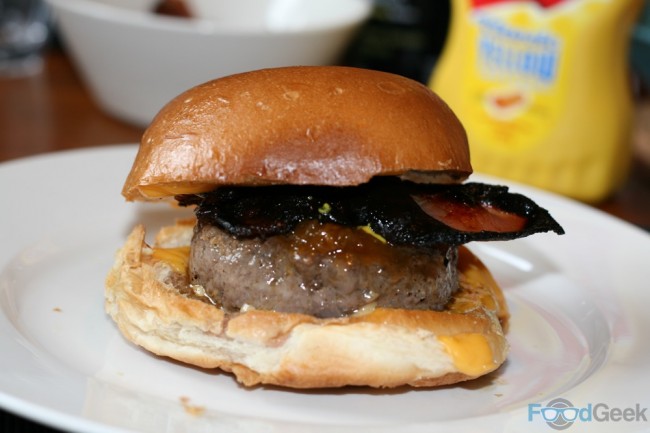 The brioche bun was also good, but for me – and everybody else for that matter – there was no question that the potato bread roll was the clear winner.

Since they’re all the rage in America at the moment I expect we’ll see them appearing over here soon, I certainly hope so anyway!